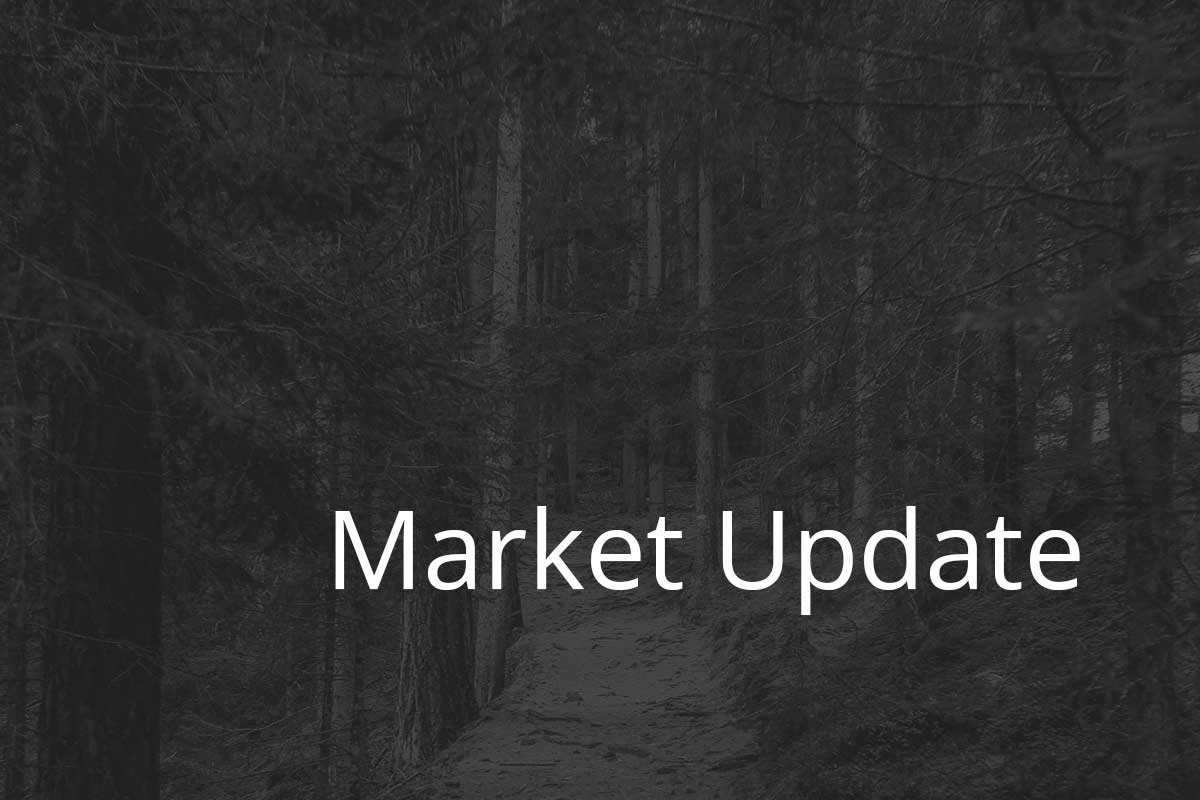 Thoughts on the United States of America

The American economy is one of the greatest inventions in the history of the world. Temporary interruptions can and will happen from time to time. We are experiencing a historical interruption at present. However, we should be careful to not allow the current interruption to create fear and emotion that may cloud our long-term judgments. Rather we must understand the giant machine that is the American economy and the wonderful businesses and PEOPLE that operate inside this space.

Since May 1st, 1920 the Dow Jones has grown near 23,426%. $10,000 invested on May 5th, 1920 would now be worth over $2.3 million. Over the past 100 years, the American experiment has seen countless outside events impact the economy. From disease to World Wars; depressions to great recessions; we have adjusted and moved forward. From one political affiliation to another, we have overcome. It is never a good idea to bet against America!

At Evergreen Wealth, we fully believe that America will again overcome. Yes, America will temporarily struggle as we move past this virus. Economically, politically and emotionally; America as a whole will face many struggles. However, as a whole, we will eventually overcome the economic setbacks as we re-open. Over time we will break down the fear. And over time our great republic will evaluate political ramifications with our votes. It will not be perfect by any means, it may not even be considered good by some means, but we will overcome. The American spirit of capitalism is beyond unique within the world. This spirit can only be held back temporarily. It cannot be extinguished and while it may seem silent for a short period, it will become louder the longer it is held back. When it is unleashed, nothing will stand in its way. Not the virus, not the government, and not fear will keep America from bouncing back in time!

Both the stock and bond markets showed extreme stress for most of March as the country faced the onset of economic turmoil induced by the Covid-19 pandemic.

Accounts have weathered the storm as expected. More aggressive accounts declined fully with the stock market and rebounded as such, while more moderate and conservative declined less and have also rebounded. We expect temporary disruptions from time to time and the past quarter has been a temporary disruption, but we expect long term investors will again be rewarded as capitalism returns. Never bet against America!

· Is this the next great depression?

No. Depressions and deeper recessions happen as a result of poor government responses and policy. The economy is governed by a basic equation that states Money Supply (M) times the Velocity (speed money moves) (V) will equal or create the combination of inflation (P) and Gross Domestic Product (monetary value of the full economy) (Y).

M*V = P*Y is the actual equation that governs the quantity of money and how it works.

In the great depression, when the movement of money came to a halt (Velocity dropped), the Federal Reserve essentially reduced the amount of money (M) in response by raising rates among other actions. They removed over 30% of the money available from the economy. This action caused the great depression to happen. When M drops and V drops then this equals a very large drop in PY…the economy. The great depression never needed to happen if the Federal Reserve had acted properly or at the very least, do nothing, the drop in economic activity would have been more manageable.

Fast forward from that silly move that caused the great depression to today! The shutdowns caused a massive decline in movement of money. Like a giant gear in the American machine just stopping. Thankfully, the Federal Reserve responded within weeks of the shutdowns starting. Thus far, the Treasury will borrow over $3 Trillion (6 times the 2008 stimulus) and the FED is actively injecting well over $6 Trillion in loans, open to buying companies (via ETF index) in the stock market and backing all bonds. This stimulus and market support are unparalleled in history. The result will be a massive increase in the money supply to help offset the massive slowdown in the movement of money (velocity). They have committed to injecting massive amounts of money and will purchase securities directly until we see the economy start to normalize. This is the exact opposite reaction from the great depression and much, much larger than 2008. In fact, we may see over $15 Trillion injected between loans and grants before we are done. A full year of economic activity in the USA is near $21 Trillion. Injecting 50%-75% of last years economic activity back in will help get the gears moving again. This gives us a degree of confidence that this is not a great depression scenario. The possibility of outcomes is enormous. Unintended consequences will be many. However, a sustained depression is a very, very low possibility at the moment.

· Why is the market holding up so well when the economy is tanking? Are Stocks in a Bubble?

The market is always priced on future profit expectations. The S&P 500 has a profit yield near 4.5% based on last quarter’s profit. Said another way, you are paying around $22 for every dollar of profit to own the collection of businesses and receive ownership into the 4.5% earnings yield and the long-term growth of such yield. When we contrast this to owning treasury bonds at 0.66% and no chance of growing the yield then equities appear grossly undervalued. Assuming they will eventually get back to this level, Stocks seem like a long-term bargain.

In 1999 / 2000, when we had a true tech Bubble, the Earnings Yield was just under 3% while the 10-year Treasury was over 6%! When we can get double the earnings to yield owning a Treasury Bond, we will advise selling many stocks and owning many Treasuries! Currently, yields show CASH earning near 0% and Treasuries earning near 0.66%… we think a bubble may very well exist, but it is not in the stock market currently. Long term the largest risk of losing purchasing power may be overweighting Cash and Treasuries.

· When will the economy and market fully recover?

We have no idea. The possible outcomes short term is almost endless. Rather than attempt to predict the future we prefer to use our energy in making sure the companies and investments we own remain solid regardless of the current environment.

We know a major disruption to profit is happening and fully expect a 20-30% temporary profit declines in most investments. This may or may not cause a second large decline in market pricing, we have no idea in the short term. We also know the Treasury will borrow $3 Trillion (6 times the 2008 stimulus) and the FED is actively injecting over $6 Trillion in loans, directly buying companies in the stock market and backing all bonds. This stimulus and market support is unparalleled in history. Don’t fight the FED is the old saying that may prove wise over the next few years. In addition, some of our top holdings are borrowing money at super low rates. Apple, for example, is borrowing 10-year debt at 1.65%! They already have near 100 billion cash and the ability to chop debt rate on the 100B debt from over 3% to 1.65% means a possible $1.5 billion added profit without any added business. This move alone may offset 25% – 50% of the quarterly profit loss while locking in lower long-term rates for current debt. Many company-specific examples exist like this, which is what helps fuels the market recovery (for healthy companies) despite a doomsday quarter.

· Since things are not that bad in the market at present, should I move to Cash and wait?

Clients who are more moderate, taking income, or retired generally have safer bonds already built into the plan. Similar to the last decline, moderate accounts should not see as much decline if the market experiences a second leg down. If you do not need to take more than 10% of your account value in the next 12 months, then it is generally advised to let the market do its thing. In general, we view staying the course, sticking with a risk level, and plan as the best chance of success. Expect another batch of volatility in the next 12 months, but know the income stream being delivered will not change AND the companies we own will weather the storm. If you move to cash and are wrong on timing, it could drastically hurt your long-term plan. Ignore short term price moves and focus on the long-term.

· MY FAVORITE QUESTION – What makes your head spin at night?

The idea of long term 0 or negative rates combined with a government inflation target is a very interesting and “new wind” for the market. I can not figure out if this is a tailwind or a headwind. For now, I am left with only one conclusion. Stocks need to be a large part of your portfolio to maintain purchasing power. The stocks you own better be of high quality because the stimulus and low rates will create many, many zombie (walking dead) companies that should have been ended in this recession. As rates keep companies alive and supply chains are moved around, we will begin to see some interesting stuff.

I am left thinking more and more about an old Warren Buffet and Benjamin Graham quote:

“Stock market looks high, is high, but not as high as it looks” – Famous Benjamin Graham Quote

“Our acquisition preferences run toward businesses that generate cash, not those that consume it. As inflation intensifies, more and more companies find that they must spend all funds they generate internally just to maintain their existing physical volume of business. There is a certain mirage-like quality to such operations. However attractive the earnings numbers, we remain leery of businesses that never seem able to convert such pretty numbers into no-strings-attached cash.” – Warren Buffet

We hope this article adds some value, answers some questions, and perhaps gives you a little extra peace during this unique period in history!

It is a tremendous honor to help steward your assets and retirement journey during this time. Thank you for your trust! Please reach out if you have any questions. You and your families remain in our prayers as we move through this time together.

Index results such as the Wilshire 5000 and S&P 500 do not reflect management fees and expenses and you cannot typically invest in an index. Evergreen Wealth Management, LLC is a registered investment adviser. Information presented is for educational purposes only and does not intend to make an offer or solicitation for the sale or purchase of any specific securities, investments, or investment strategies. Investments involve risk and unless otherwise stated, are not guaranteed. Be sure to first consult with a qualified financial adviser and/or tax professional before implementing any strategy discussed herein. Past performance is not indicative of future performance.